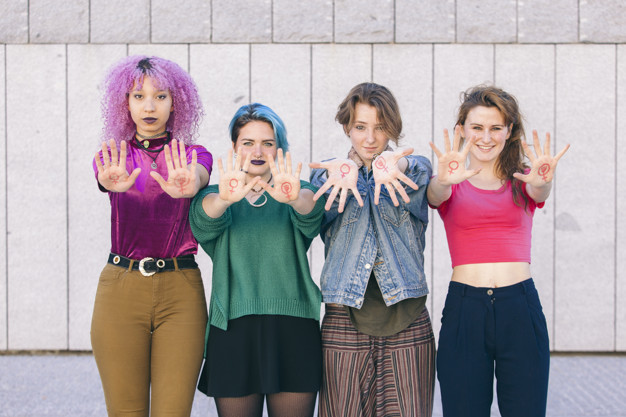 From time’s up pins to what not, the feminist movement has split over onto the streets of India to Indian women. Adrienne Rich said – “We do not think of the power stolen from us or the power withheld from us, in the name of the institution of motherhood.”

What is feminism, and what about it?

What Indian women see is reclaiming feminism for the many, for those who labour and from those who benefit from that labour. In recent decades the meaning of feminism has been narrowed to mean formal equality with men. But isn’t equality a tricky term that can indicate equality in prosperity or equality of misery.

In this ravaged world, ” Equality ” is a meaningless concept if it simply implies that women should inspire the same money a day as men. At its core, feminism is about equality of both sexes or gender, not ‘sameness.’ It is critical to understand that ‘same’ does not mean equal. Both sexes or gender don’t have to be the same to have equal rights.

Feminism – is a range of social movements, political movements, and ideologies that aim to define, establish, and achieve the political, economic, personal, and social equality of sexes or gender.

Being a woman, supporting women’s rights and gender equality is one thing. What Indian women despise is being labelled or considered part of a certain group, but it is said to be a lame excuse to fight for certain criteria.

It is abundantly clear that our specific views on this issue are rooted deeply in our own personal and direct experience rather than any data or research.

Men say we support women and feminism, and on the other hand, they want the control of their life, want them to be below them, rape women, disrespect them, own them, and more. To Indian women, feminism has become a word that makes them sick. After all this, men still argue that we are victims. Well, it’s gotta stop. We shall refuse to be victims, to stand, to refuse, to wear what we want, to decide what we want to do, to take our own decisions, to be owned by ourselves, and to be what we want!