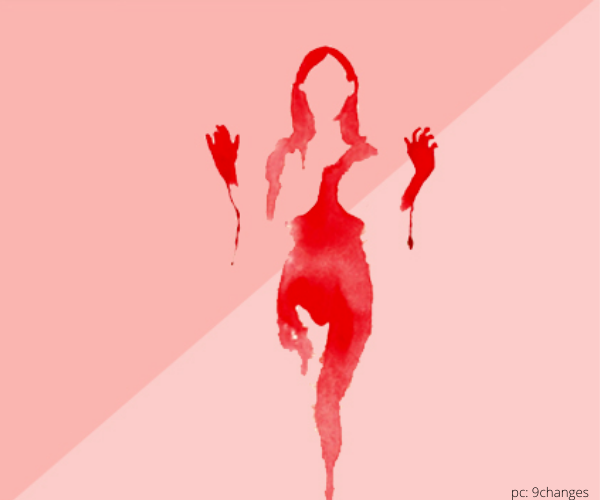 Menstruation- A Taboo In India

Ever wondered why a shopkeeper gives you a pack of ‘Stayfree’ wrapped in paper? In India, one can openly buy alcohol and cigarettes, buying sanitary napkins still remains a shame.

It’s nothing but a natural process

Menstruation among women, despite being a natural phenomenon has always been encircled by secrecy and myths in many Indian societies. Menstruation, commonly known as periods, still continues to be a deep-rooted taboo in India. In a lot of places, menstruating women are made to abstain from any holy deed, religious or otherwise. They are not allowed to enter the temples and worship, because they traditionally assumed to be impure. The prejudice against menstruating women even goes to the extent of not allowing them to sleep on their beds, take bath or decorate themselves. More often than not, most women face an almost inhuman treatment every month for 4-5 days. The bias is ironical on many levels for a developing country like India where we talk about digitalization, women empowerment, reaching on the Mars and campaigns like “Beti Bachao Beti Padhao”.

How do we expect the nation to grow when in India, every year 23 million girls drop out of school as and when they start menstruating, according to report by NDTV. The report also says that 70% of girls remain unaware of menstruation until their first period. Most girls approach their mothers, but in rural areas, even the mothers, due to very limited knowledge of menstrual hygiene and its management, do not know how to explain it to their teen daughters.

Most women across India are unaware of the real reason behind menstruation. It has been instead treated as a taboo for generations together. Unfortunately, the lack of awareness continues to shadow young girls reaching their respective menstrual age. The taboo not just affects their social lives but chronically affects their health too. Surveys by the Ministry of Health in 2002, 2005, 2008 and 2012 found out that roughly 120 million menstruating adolescents experience menstrual dysfunctions which affect their everyday lives. Also, due to poor menstrual hygiene, nearly 60,000 deaths are reported every year from India. As a result of the unforgiving stigma, women are hesitant to seek medical help.

One of the recently raised issues in Kerala, a high literacy rate in India burnt in a crimson red fire of period taboo for about four to five months. To contextualise, women between the age of 10-50 were strictly prohibited in the Sabarimala Temple owing to their menstruating bodies. The taboos which should have been vanished long ago are still prevalent due to some unsocial and unreasonable beliefs.

Time to break the myths

Breaking the wheel of poor menstrual hygiene may seem like a herculean task given the gripping clutch of the stigma that has manacled the society as a whole. Menstrual hygiene is a real deal because the lack of it can claim even lives. The deep-rooted stigma, myths and misconception have to be challenged in every household. Most importantly, menstrual awareness needs to be taught in school to everyone including boys. Mothers may need to realise that bleeding daughters are okay and their periods need not come in the way of their growth and education. The change needs to come from every mother who doesn’t tell her daughter “do not discuss your period to anyone”.